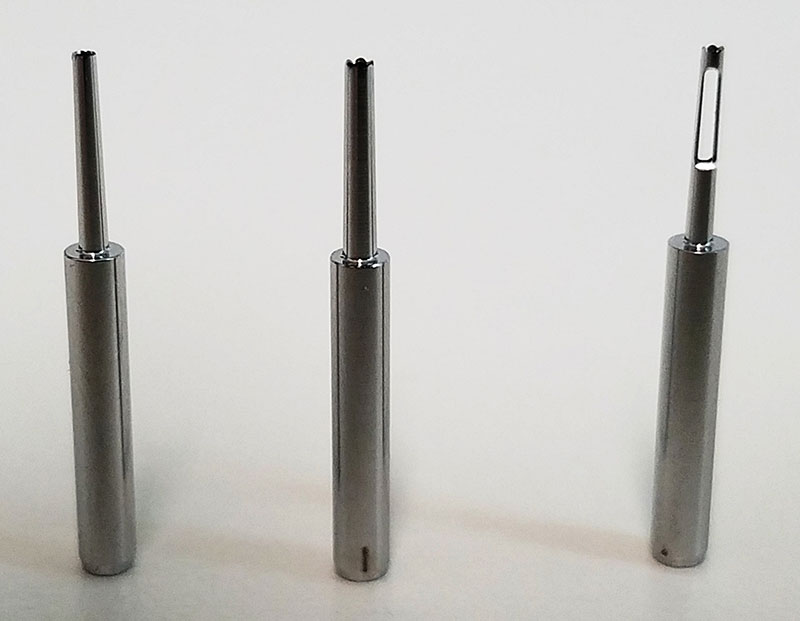 There is a note of caution with the window punch. It is common for doctors to use a 12-ply gauze sponge, similar to the one depicted in this video. The serrated teeth on the punch can grab the 12-ply sponge, and the gauze can begin to spin with the punch. If the surgeon does not quickly stop the rotating punch, the window punch can become disfigured as noted in these photos.

The window punch has all the features of the original serrated tip punch with many new advantages. These benefits are all designed to improve graft quality while enhancing the surgeon's overall FUE experience.

All sales are final for single-use disposable items.

Get the Wind-O punch and start producing great results!